The Genio fountain in nearby Piazza Rivoluzione gave its name to the Stanze al Genio Museum Home, situated in a private apartment on the first floor, or piano nobile, of Torre Pirajno Palace. The palace stands in the historic Kalsa quarter and was built between end sixteenth century and early seventeenth on the street called Porta Termini in antiquity, today Via Giuseppe Garibaldi. The eight rooms open to visitors on the piano nobile underwent complete refurbishment, which led to the recovery of the original decorations (hidden by layers of plaster), the dado paneling and a large portion of the original pavement. This palace, which originally belonged to Fernandez di Valdes, passed to the Torre-Benso Principi della Torre in the eighteenth century and successively to the Pirajno family, was divided into multiple apartments at the beginning of the twentieth century. It was only in recent years that the owners, who live in the palace, were able to acquire and unite other dwelling units that were part of the original piano nobile and to restore the eighteenth century appearance.

The main collection consists of glazed tiles from Sicily and Campania used for pavements and wall tiling, manufactured between the fifteenth and twentieth centuries for the pleasure and enjoyment of privileged society, which included the aristocracy, the wealthy middle class and the religious communities. With almost 5000 pieces on display, it is one of the largest private collections open to the public in all of Europe and it is arranged by period and geographical origin. Every year, the collection grows with the addition of new pieces. Inside the “museum home”, there are also smaller collections of antique toys, tin boxes, vintage items and writing implements. 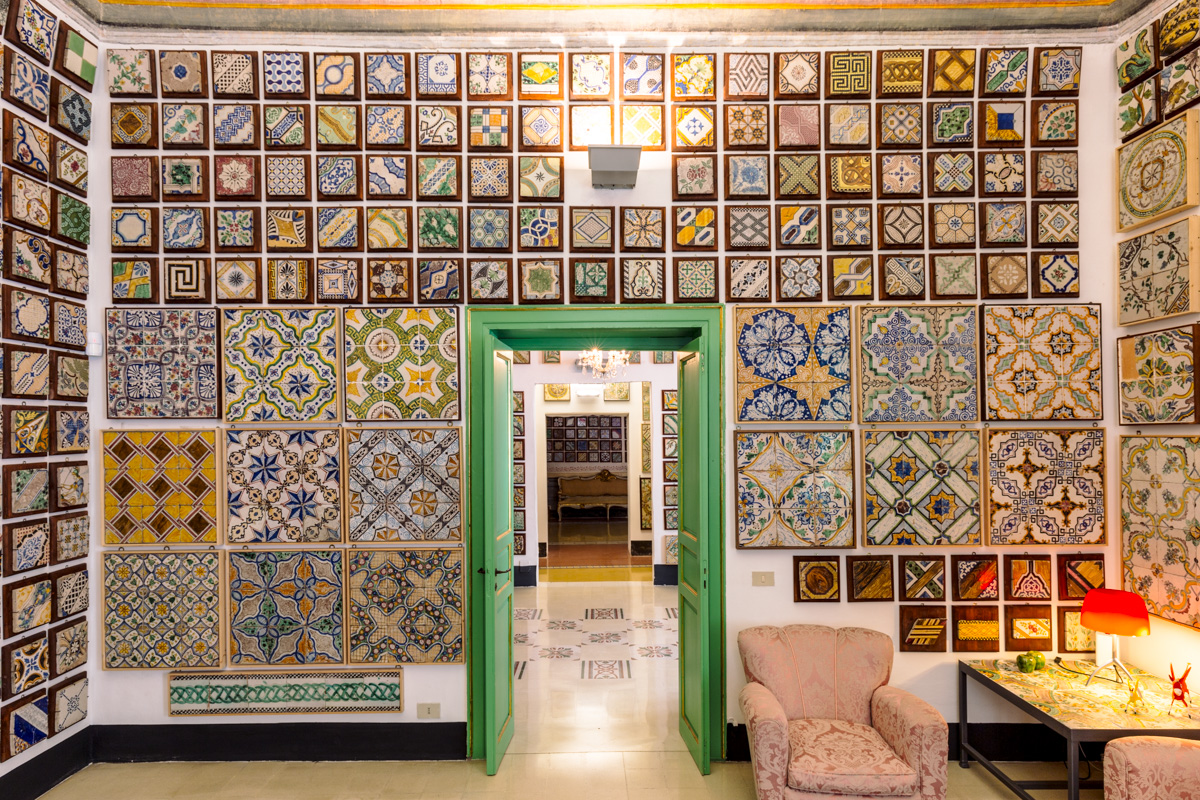 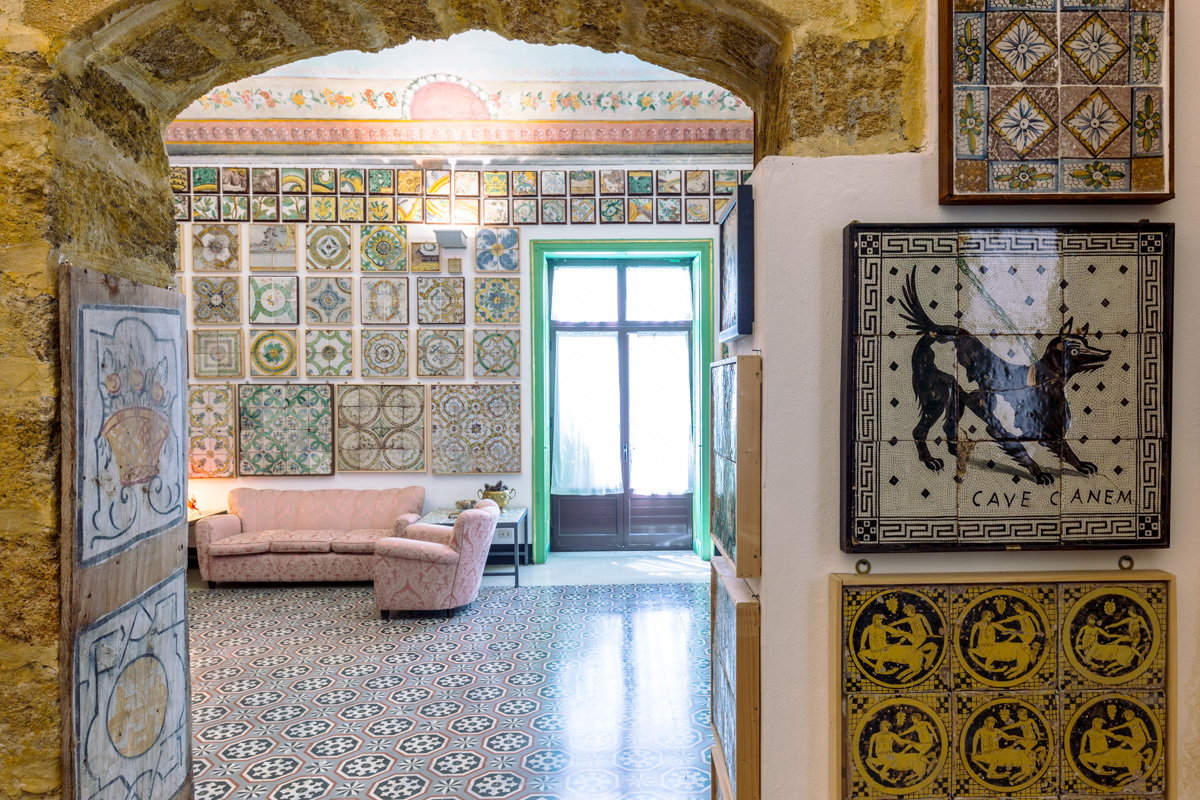 All the collections are displayed in the eight rooms open to the public that are also used daily by the owners. The largest part, almost 5000 pieces, consists of maiolica tiles from Sicily and Campania made between the fifteenth and twentieth centuries. Each room is furnished with antique and contemporary furnishings, antique toys, tin boxes, antique writing implements and vintage objects. The distribution is not casual because the maiolica tiles are arranged by period and geographical origin, identified with the expert assistance of art historian M.R.

This website uses cookies to improve your experience while you navigate through the website. Out of these, the cookies that are categorized as necessary are stored on your browser as they are essential for the working of basic functionalities of the website. We also use third-party cookies that help us analyze and understand how you use this website. These cookies will be stored in your browser only with your consent. You also have the option to opt-out of these cookies. But opting out of some of these cookies may affect your browsing experience.
Necessary Always Enabled
Necessary cookies are absolutely essential for the website to function properly. This category only includes cookies that ensures basic functionalities and security features of the website. These cookies do not store any personal information.
Non-necessary
Any cookies that may not be particularly necessary for the website to function and is used specifically to collect user personal data via analytics, ads, other embedded contents are termed as non-necessary cookies. It is mandatory to procure user consent prior to running these cookies on your website.
SAVE & ACCEPT